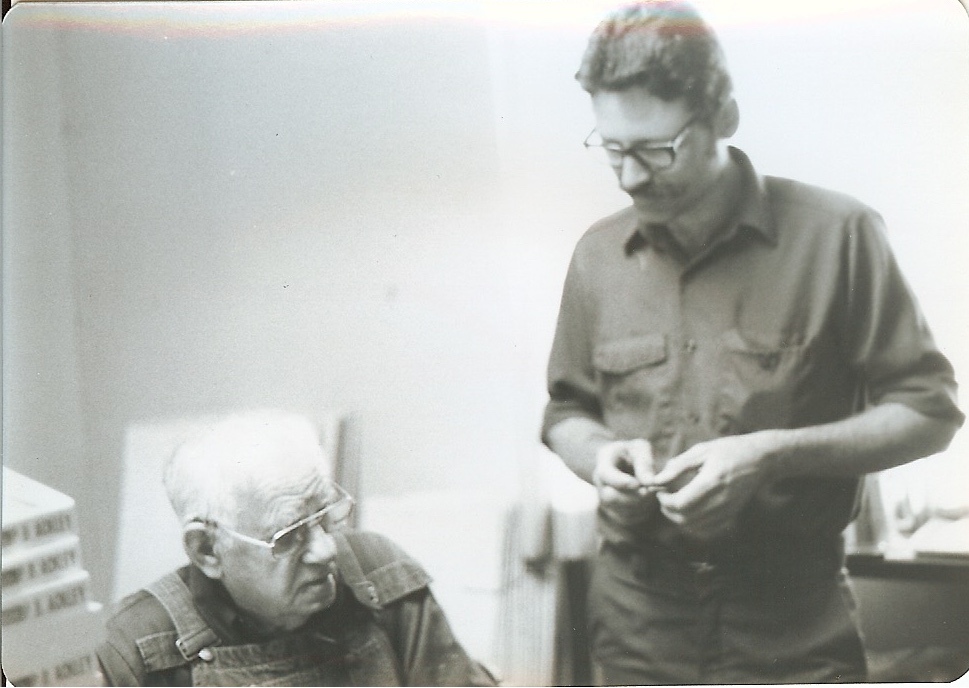 (This site is new and under continual construction.)

I'm an Illinois farm boy that started shooting and hunting on my own at age 7, reloading shotgun at 12, and high power rifle by age 14.

There were not many days on the farm that a gun was not with me or close by.

I was introduced to NRA Bullseye Pistol around age 15-16, which led to serving in the Air National Guard for 10 years as marksmanship instructor/armorer, followed some years later with a stint as an Army Combat Engineer and activated for Desert Storm specializing in, guess what, demolitions and explosives.

I've competed on two state pistol teams and qualified for the Air National Guard Security Police Combat Team which competed against all branches of US and NATO security police teams.

But once I got in over my head in barrel work, my competitive shooting ended.

Briefly, I could say my career in gun barrels began in high school soaking up every Shooting Times' "Gunsmith's Column" written by P.O. Ackley in the early 1960's.  But February 2, 1979 I took the plunge buying his business, having never even so much as turning the switch on a lathe.

Photo is P.O., seated autographing his books, Handbook for Shooters and Reloaders.  35 year old young buck standing is me at half my current age.

Confidence?  Foolishness?  Whatever it was, it meant a long hard learning curve.

P.O. was always on tap to answer questions, BUT, it was not until after he passed August 23, 1989 over 10 years later that I realized that not even ONCE did he ever SHOW me how to do anything.

In his own way he forced me to learn to think, and that is largely what the Ackley mindset is, a "getting into" what is going on, often in spite of and contradictory to "the industry".

With the exception of Dave Van Horn and J.D. Jones who preceded me, virtually all custom TC barrel makers today trace their beginnings back to me and the Ackley connection..... whether they will acknowledge it or not.

I did much the same work as P.O. up through about 1997, but starting in 1983 I also got into making Thompson Center Contender barrels, making the first dozen for Bullberry who later went on their own with the start I had handed Fred Smith.   This Ackley connection via me, led to the start of  at least 3 other custom TC barrel makers.

When Virgin Valley Custom Guns closed down, the TC barrel prints and presumed "leg up" making barrels was handed to E.A. Brown.

In the meantime, MGM opted to go all new machinery and tooling for making their own barrel blanks, leaving Ackley's barrel machinery sitting for sale in storage for anyone who wants to buy it to have me set it up and train them in making barrel blanks.

With no further need for me at MGM  and with Dylan doing a great job running the plant, November 2017 I moved to El Dorado Springs, Missouri.

My focus on reworking barrels and making the TC system work:

Rechambering TC factory barrels proved to be a great route to great shooting barrels with less cost and quicker delivery time, so much so that I phased out of making barrels and made an art & science of just reworking existing barrels.

By the time the Encore came out my focus had pretty much boiled  down to just reworking  and customizing existing Contender and Encore barrels largely to correct factory defects in throat alignment and crown........ my main work to this day.

But even with the best custom work, a barrel can shoot no better than the gun as a whole will let it.  Tools, parts, and instructions on how to make the TC break open guns work soon followed when I got on the internet about 2000.

2010 my son, Kurt Bellm took over the parts and accessories side of our http://www.bellmtcs.com website.  He has also expanded into sales of TC factory barrels and tons of accessories.  Check out the Bellm TCs website for many of my instructional articles also.